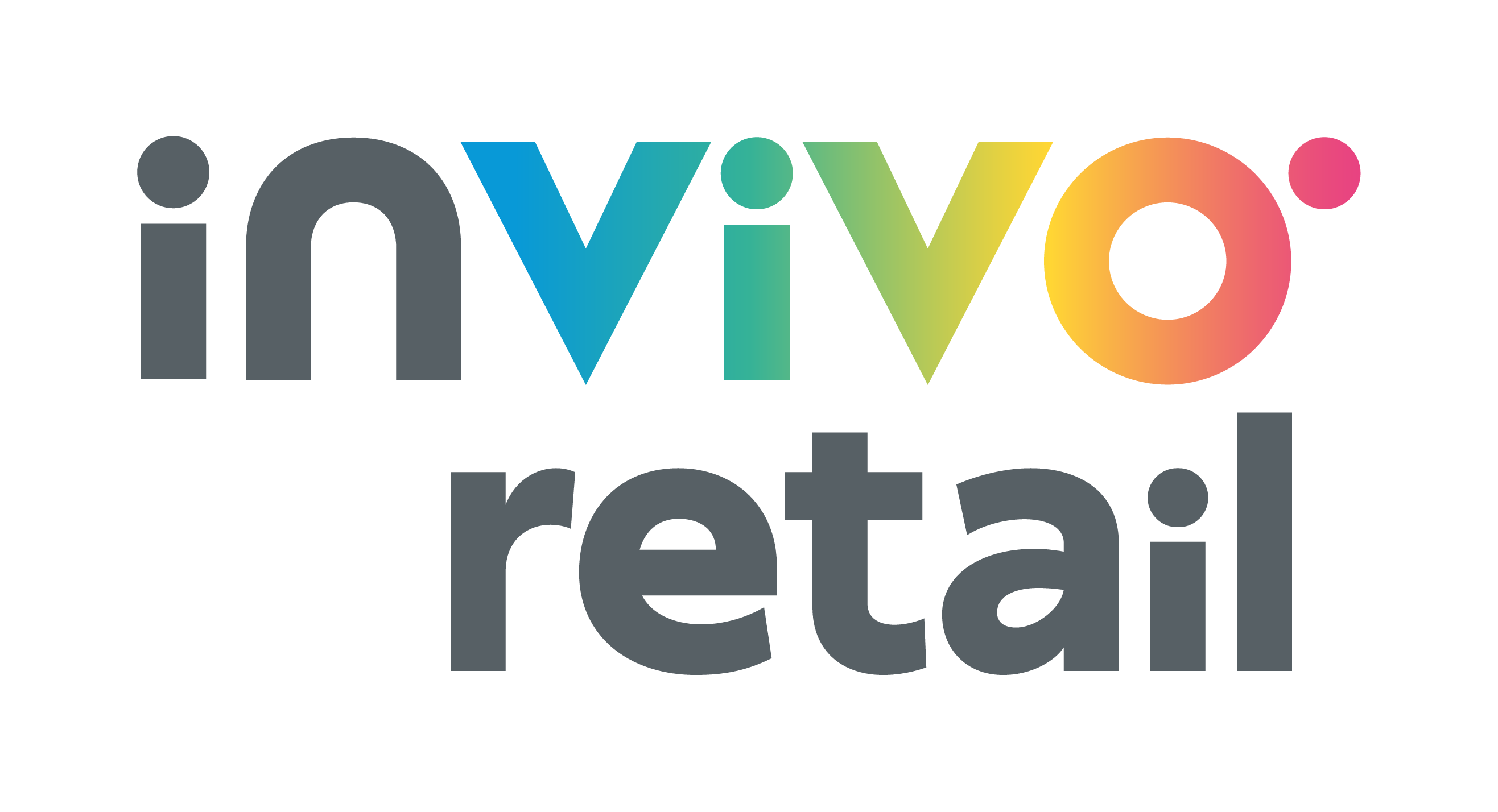 The main objective of these session is to open the minds on main stakes.

Horticulture plays a special role in the development challenge of climate change, thanks to two of its properties: the diversity of its cultivated species, which always offers a choice to the producer and a more or less rapid possible adaptation (more rapid in the case of short-cycle vegetables, less rapid in the case of fruit trees); and the possibility of modifying the climate under shelter, whether it be a lack or excess of water, too high or too low temperatures, by means of shelters, sophisticated greenhouses or growing chambers, nets or protective mulch. Reducing losses and wastage in horticulture (estimated at 30% of production) and changes in eating habits can also help limit negative impacts on the climate. What is the role of research, industry and policy in making significant changes in both approaches?

Research director (emeritus) at the French Atomic Energy Commission (CEA), Dr Jean Jouzel is an expert in climate and glaciology. He has mainly worked on the reconstruction of past climate derived from the study of the Antarctic and Greenland ice. He has been a vice-chair of the Scientific Working Group of the IPCC (co-recipient of the Nobel Peace Prize 2007) from 2002 to 2015.  From 2001 to 2008, he headed the Institute Pierre Simon Laplace. His work has been recognized with awards such as Milankovitch and Revelle medals. Together with Claude Lorius, he was awarded the gold medal by the CNRS in 2002. In 2012, with Susan Solomon, he was awarded the Vetlesen Prize, which is referred to as the “Nobel Prize for Earth sciences”. In 2016, he has been elected as a foreign member of the US National Academy of Sciences (NAS) and in 2017 as a member of the French Academy of Sciences.

Rachel Bezner Kerr, is a Professor in Global Development at Cornell University (New York, USA). She does participatory research in Africa on agroecology, gender, climate change adaptation, food and nutrition security. She has published over 70 scientific articles, in journals such as Proceedings of the National Academy of Sciences, and Agriculture, Ecosystems and Environment. She is a Coordinating Lead Author for Chapter 5 (the ‘food chapter’) for the Intergovernmental Panel on Climate Change upcoming report on climate change impacts, vulnerabilities and adaptation. In 2019 she was co-author of a report on agroecology for the United Nations Committee for World Food Security. Her long-term participatory research is in collaboration with a farmer-led organization in Malawi, the Soils, Food and Healthy Communities organization.
Visiting scientist at CIRAD

Conventional and intensive horticulture, which supplies most international markets with fruit, vegetables, ornamental or aromatic plants, is not very ecological since it consumes fossil energy and synthetic products (plastics, fertilizers, pesticides), water, on variable surfaces subject to multiple pollutions. However, the great diversity of crops and horticultural systems matches particularly well with an obvious agroecological approach, with rapid and significant impacts. The combination of species with short cycles (vegetables and annual plants) or long cycles (fruit trees and perennial plants) naturally invites an increase in biodiversity and reasoning on the scale of a territory (production basin) rather than that of the plot, both for water and pest management. In contexts where family farming dominates, should horticulture adapt to the challenges of the planet (demography, climate, health, etc.) or set an example of sustainable solutions through shared agroecological approaches?

Ameenah Gurib-Fakim has been the Managing Director of the Centre International de Développement Pharmaceutique (CIDP) Research and Innovation as well as Professor of Organic Chemistry with an endowed chair at the University of Mauritius. Since 2001, she has served successively as Dean of the Faculty of Science and Pro Vice Chancellor (2004- 2010). She has also worked at the Mauritius Research Council as Manager for Research (1995-1997).

As a Founding Member of the Pan African Association of African Medicinal Plants, she co-authored the first ever African Herbal Pharmacopoeia. She has authored and co-edited 30 books, several book chapters and scientific articles in the field of biodiversity conservation and sustainable development. Elected Fellow of several academies and societies, Ms Gurib-Fakim received several international prizes including the 2007 l’Oreal-UNESCO Prize for Women in Science, the African Union Commission Award for Women in Science, 2009. On 05 June 2015, she was sworn in as the 6th President and the First Female President of the Republic of Mauritius and served in that capacity until March 2018.

In 2019, she received the ‘Trailblazing award for political leadership’ by the World Women Leaders Council in Iceland. In 2020, she was elected Honorary President of the International and Engineering Institute and received their 2020 5th IETI Annual Scientific Award. She also received the IAS-COMSTECH Ibrahim Memorial Award from the WIAS in Jordan. In 2021, she received the Benazir Bhutto Lifetime Achievement Award and appointed Distinguished Professor at the John Wesley School of Leadership at Carolina University, USA. In June 2016, she was in the Forbes List for the 100 ‘Most Powerful women in the world’ and 1st among the Top 100 Women in Africa Forbes List 2017, 2019. She is honoured as one of Foreign Policy’s 2015 Global Thinkers.

Pierre-Marie Aubert is the head of the Agriculture & Food Policy Initiative at Iddri (Institut du développement durable et des relations internationales). With a background in landscape ecology and political sociology, his work focuses on food system scenario development. He combines for that a biophysical approach to food security functioning with a deep undertsanding of their socio-economic dimensions to identify policy levers and business solutions towards greater sustainability.

The sustainability of horticultural sectors obviously includes economic performance at the farm and enterprise levels. It is part of an even broader environment, that of food systems, which is extremely complex and particularly sensitive in the case of perishable products, affecting for example the terms of food sovereignty, or working conditions and the capacities of the workforce, which is essential to avoid jeopardising a harvest. What are the choices offered to horticultural value chains to combine social welfare, prosperity and environmental protection?

Yvonne Pinto is privileged to have been born a Kenyan, raised an Ethiopian and become a UK and indeed global citizen. She has a BSc in Agriculture (Reading), MSc in Plant Biotechnology and PhD in Molecular Virology (Imperial) and General Management Executive Education (Cambridge).

She has a long career focused mainly on technology generation, innovation ecosystems and international development, and understanding what works (and for whom) across Latin America, Africa and Asia. The emphasis has always been on the practical and pragmatic, but through the support and value of excellent interdisciplinary and diverse networks in the global North and South.

Yvonne began her early career in agricultural research and academia followed by 15 years in private philanthropy - creating and implementing investments in agriculture, enterprise, finance, and education, including the establishment of successful institutions particularly in Africa. For the past 15 years, Yvonne has led Aline Impact Limited, a professional consulting strategy firm specialising in performance and impact. She has worked collaboratively with governments, UN agencies, international NGOs, the private sector, bilateral and multilateral donors (including the UK government) and independent private foundations. She has worked respectfully to challenge them to think differently and to measure and evaluate the effectiveness of their work – always with an emphasis on robust evidence and listening to a diversity of views. Her experience has ranged from working towards solutions to some of the most intractable disease problems facing African agriculture to understanding the successful elements of digital economies and technology ecosystems at the policy and practice level. She has a keen interest in big data and its interface with science and sustainability in the bio-revolution that is upon us.

After scientific studies in Rennes and Kyoto , passionate about sport and innovation, Jérôme Leroy starts his career in Japan and join Decathlon during 15 years including 8 abroad: in Japan, Turkey, and india working for R&D department or as industrial business unit lead. With his entrepreneur spirit he co-created a spin off of Decathlon in 2009 in RFID technologies that has a mission to improve traceability of stocks from factory to store. Aware of a sustainable farming and ecosystems stakes, it’s a passion for Agriculture and Agronomy that catches him between 2011 and 2013, period durant which he think about the best way to commit and also attend an entrepreneurial training program at Stanford University. He then decides to found a project that matches his personal values as well as his professional experiences in Electronic, IT and logistics, WEENATwas launch in 2015: a story of passion for agronomy, agriculture and for those who built his future around the world.

With other entrepreneurs, he likes to support new ventures that also carries those same values and purpose. He also co-created «  La Ferme Digitale » leading AgTech startup association in France and became his President in 2022.

Horticultural products have a reputation for being healthy. Their nutritional benefits are all the more evident when consumed fresh and in a variety of ways, and in combination with a healthy lifestyle. However, health aspects should not be neglected, so that health risks do not outweigh the benefits. Food processing can ensure or prolong a sanitary quality, but in no case improve a defect resulting from poor production practices. Thus, the health value of horticultural food products is developed in the field or under shelter, not after harvest. Similarly, good eating habits are learned in childhood: is it then already too late to change both our individual and collective behaviors?

Jennie Macdiarmid is a Professor of Sustainable Nutrition and Health and the Director of Interdisciplinary Centre for Health, Nutrition and Wellbeing, University Medical School Foresterhill Aberdeen (UK). She gained a BSc (Hons) in Nutrition and Food Science from the University of Surrey, during which she spent a year at the CSIRO research laboratories in Melbourne, Australia. After graduating she was a research assistant at the University of Dundee (Psychology dept) investigating chocolate and eating behaviours before moving to the University of Leeds where she completed her PhD. She went on to work for the International Obesity Task Force then moved to the University of Aberdeen. Her current research is interdisciplinary focused on food and nutrition security and the impact of diets on climate change, land use and trade at national and global levels. In addition to publishing in this area, she has contributed to many national and international reports on this topic.

Boitshepo Bibi Giyose is a Senior Nutrition Officer for Policy and Programmes in the Nutrition and Food Systems Division at FAO, but currently on secondment to the African Union Development Agency (AUDA-NEPAD) as special advisor to the CEO since January 2018. Her work focuses on integrating and mainstreaming nutrition into agriculture and related development agendas, and to promote a multisector approach for addressing all forms of malnutrition. She holds a MS in International Nutrition from Cornell University, NY. and a BS in Nutrition and Dietetics from Appalachian State University, USA.
Ms. Giyose was awarded a “Distinguished Alumna Award” in recognition of exceptional professional achievement by Appalachian State University in 2007. She was also named Senior Policy Scholar in 2011 by the Global Child Nutrition Foundation – USA - for her work on Home Grown School Feeding. She has served on numerous international scientific technical and policy advisory committees.